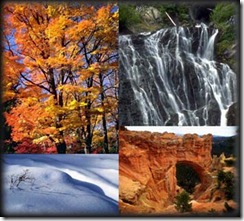 This year has been remarkable in many ways, so many things have happened in the world, and so many things happened to me,  I found some good friends, and lost some friends, I found love and then lost it, for the first time I wrote some poetry which later on I disliked, my bank failed, but I didn’t loose my money, the US got a black president despite the saying that racism would never allow such a thing to happen on this nation, I started exercising and happily lost some pounds, I read some good books but didn’t get to finish another good one, I received some good news from mother land, but the news made me uncomfortable, Why is it that some good things happen sometimes at the wrong time?

Life is like a year with its seasons, you go through changes and states of mind, this year I started to  see the world as an old man, and it scared me, I learned that I’m getting experience in life, and I learned that life is really short, I found some Bible truth and it hurt me, I was lied to but I found out, Even though this is something I always knew, I finally realized that the color of the sky can change, that its blue is just an illusion, I learned what it meant to look at the world with different lens,  I’m now making sure ignorance never bites me again, I have learnt that there’s always an angle of the truth which they not always want you to see, just like the hidden side of the moon, there is always this bit of the tell you must explore and find out yourself, and sometimes that bit can change the whole story.