According to a press release by the news agency Reuters, Nasa scientists on Thursday said they have found what appears
to be definitive proof that water exists on Mars once they completed extensive tests on previously found ice last
June by the Phoenix Mars Lander.

Samples of ice were also seen melting away in pictures  taken by the lander’s instruments when Phoenix touched down in June.

According to the news report lead scientist William Boyton stated that: (and I quote) “We’ve seen evidence for this
water ice before in observations by the Mars Odyssey orbiter and in disappearing chunks observed by Phoenix last month,
but this is the first time Martian water has been touched and tasted,” he said, referring to the craft’s instruments.

Besides being quite interesting, this type of news makes me wonder about how little we know about the universe we live in. Could at some point life be found beyond the boundaries of our planet? what implications will this bring to religion and Christianity as we know it? Will suddenly discovered E.T. Life deny the existence of God itself? 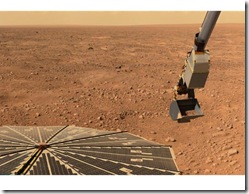 Being a Christian myself I have thought in the past of the real possibility that we might not be alone in this vast
universe, the importance of finding answers for ourselves and others in the event it actually happens is something
I’ve been giving some thought for a while.

Imagine the implications of an announcement where respected scientists or a prestigious organization such as NASA suggests or exposes proof that extraterrestrial life finally has been found, that life actually does exists elsewhere in the universe besides earth. Even if this imaginary announcement referred to micro-bacterial none-intelligent life, such statement – in my opinion – would most definitely shake the very foundations of the majority of the religions movements today.

Opposers to religion would immediately jump on this flag and use this fact as their ultimate weapon ever to fight religion and argue with believers,
“According to your Bible – they will say – God created life here on earth, not anywhere else, you always preached that it was in this planet where life was created by God and on this planet alone, then the whole Bible story must be a big lie” However, are these the facts? the truth is that it was religion and dogma who gave birth to the idea that if life was created only here, then it must only exists within the boundaries of this planet, however anyone who has studied Genesis carefully without allowing their mind to be molded by theology knows that is not what the scripture says. 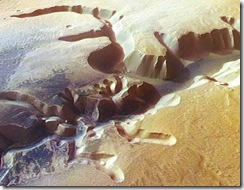 Nowhere in the Bible does it say that life only exists on earth, in fact according to the Bible the heavens must be filled with life, this
fact is stated all over the scriptures, this holy book tells about spiritual creatures who inhabit the heavens; such being for example;
the angels, the demons, Christ and Jehovah God himself.

At the time when Christopher Columbus discovered America ( Or maybe it was the Vikings?) it was the popular believe that life was only to be found in
Europe, Asia and Africa, while of course native Americans believed the opposite, once the discovery of the new world took place, nothing changed and
believers continued to hold on to their faith.

Are we going to stop believing in God just because life was found somewhere besides earth? No, there are many reasons why, God has no need to tell humans whether he created other beings regardless of them being bacterial or not, much less if such life was rational, Look at the world today, it’s only us, however we’ve had wars since the beginning of time, we’ve killed each other and enslaved each other with greed for centuries, why would he cause more havoc by telling us about the existence of other beings?  for ages till nowÂ our intellectual abilities would probably had not helped us coupe with such fact.

More over, knowing about the existence of other beings would had probably not improved our human condition anyway, think about it, what great benefits would such knowledge bring us after all? at least until now discovering new civilizations hasn’t given us any outstanding outcomes besides oppressing and extinguishing the other one, that’s what history teaches us.

Despite such reasons however, I want to give the idea of intelligence life beyond our planet the benefit of the doubt, as a child I was fasinated with all the Sci-fi novels I read, the idea of E.Ts has been part of me since childhood – One day we’ll find out we are not alone in the universe – I thought, and now once again I think that maybe things are about to change, maybe we are ready for it, who knows if we are in for some big news.

Based on what the scriptures themselves tells us we can infer that perhaps it was the supreme plan to at its due time let us know about it all, in fact the Bible says that in the future God would provide us with new books, new scrolls with instructions and knowledge. (Revelation Chapter 5) who knows what those scrolls will contain, maybe even instructions on how to colonize other planets? maybe an explanation on what regions of the universe are ours and which of our intelligent and distant brothers?

Would it be the opposite of lie?  perhaps it means just what we see, but then it would …

[Knocking] Broadcast Nation Wide on May 22

This is it. PBS will nationally offer KNOCKING for broadcast Tuesday May  22 at 10pm on the documentary …

Hi, I found your blog on this new directory of WordPress Blogs at blackhatbootcamp.com/listofwordpressblogs. I dont know how your blog came up, must have been a typo, i duno. Anyways, I just clicked it and here I am. Your blog looks good. Have a nice day. James.

I think aliens have been with us for ages, but I can hardly see how the whole god story fits into the equation, this is all myth man, wake up.