Why do people lie? what do they gain from it? is there a way to tell  if  someone is lying? what are the consequences of being lied to or to have lied to someone?

Deceptive behavior has been part of human nature since the first human inhabited this planet; it is said in the bible that Adam and Eve suffered the consequences of both lying and being lied to, through history mankind has suffered greatly and humans have been led to support what otherwise would have been called unfair and unacceptable actions by those in high ranks guiding whole nations, because of deceptive behavior rooted in some of their leaders humans have been lead into wars and have slandered one another for centuries; for example: Hitler used this principle of lying to his own people to initiate an invasion. He told the people of Germany that Poland had attacked first and staged fake attacks against German targets. The Germans, convinced they were being threatened, followed Hitler into Poland and into World War 2.

Let alone the recent invasion of Iraq which many people believe it to have been initiated with lies, unconfirmed reports, fake evidence and personal interests as its main reasons.

Let’s concentrate on a more personal level though, why do people feel the need to lie sometimes even to their loved ones or to people who have always been close friends? I believe lying is a form of control, some people are just pathological liars, once they learn what they can obtain from others once they have manipulated them with lies, but most people lie because they are afraid of the consequences that the truth can bring to their lives. a truth can mean the end of a relationship with anger and wrong judgement on the other end, and it can be any type of relationship, parents with children, husband with wife, friend with friend or co-worker, lying becomes a default weapon of defense against the fear of not knowing how to handle anger and judgement from the other side, the liar has reverted to being the child they were when they were little and learned to lie to their parents to avoid being punished. 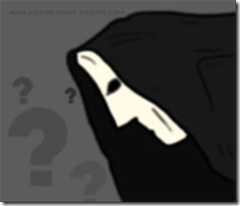 How can you tell if someone is lying? there are several facial elements that will help you identify a deceiver; Physical expression will be limited and stiff, with few arm and hand movements. Hand, arm and leg movement are toward their own body the liar takes up less space. Timing and duration of emotional gestures and emotions are off a normal pace. The display of emotion is delayed, stays longer it would naturally, then stops suddenly. Timing is off between emotions gestures/expressions and words. Example: Someone says “I love it!” when receiving a gift, and then smile after making that statement, rather then at the same time the statement is made. Gestures/expressions don’t match the verbal statement, such as frowning when saying I love you.

A guilty person gets defensive. An innocent person will often go on the offensive. A liar is uncomfortable facing his questioner/accuser and may turn his head or body away. Liars sometimes avoid “lying” by not making direct statements. They imply answers instead of denying something directly. The guilty person may speak more than natural, adding unnecessary details to convince you… they are not comfortable with silence or pauses in the conversation. If you believe someone is lying, then change the subject of a conversation quickly, a liar follows along willingly and becomes more relaxed. The guilty wants the subject changed; an innocent person may be confused by the sudden change in topics and will want to go back to the previous subject.

Of course the fact that a person might show some of the above signs does not automatically make them a liar, these behaviors should always be compared in my opinion to a person’s normal or base behavior before jumping into conclusions.

Lies are morally wrong for various reasons, lying corrupts the most important quality of being human: the ability to make free rational choices. Each lie told contradicts a part of the individual who is lying removing from this person a part that gives him/her moral worth. Second the person being lied to is also being robbed of their freedom to choose rationally, this person was lead to decide other than they had if they had known the truth, their human dignity and autonomy has been harmed.

To value ourselves and others as ends instead of means, we have important duties: to avoid harming others, interfering with, or misusing the ability of others to make free decisions; in other words – not lying.

This has been an important, and what many would call a historic week, for all of us Jehovah’s …

Do You Believe in What You Cannot See?

When someone says, ‘I believe only in what I can see,’ he is not speaking literally. Actually, we …