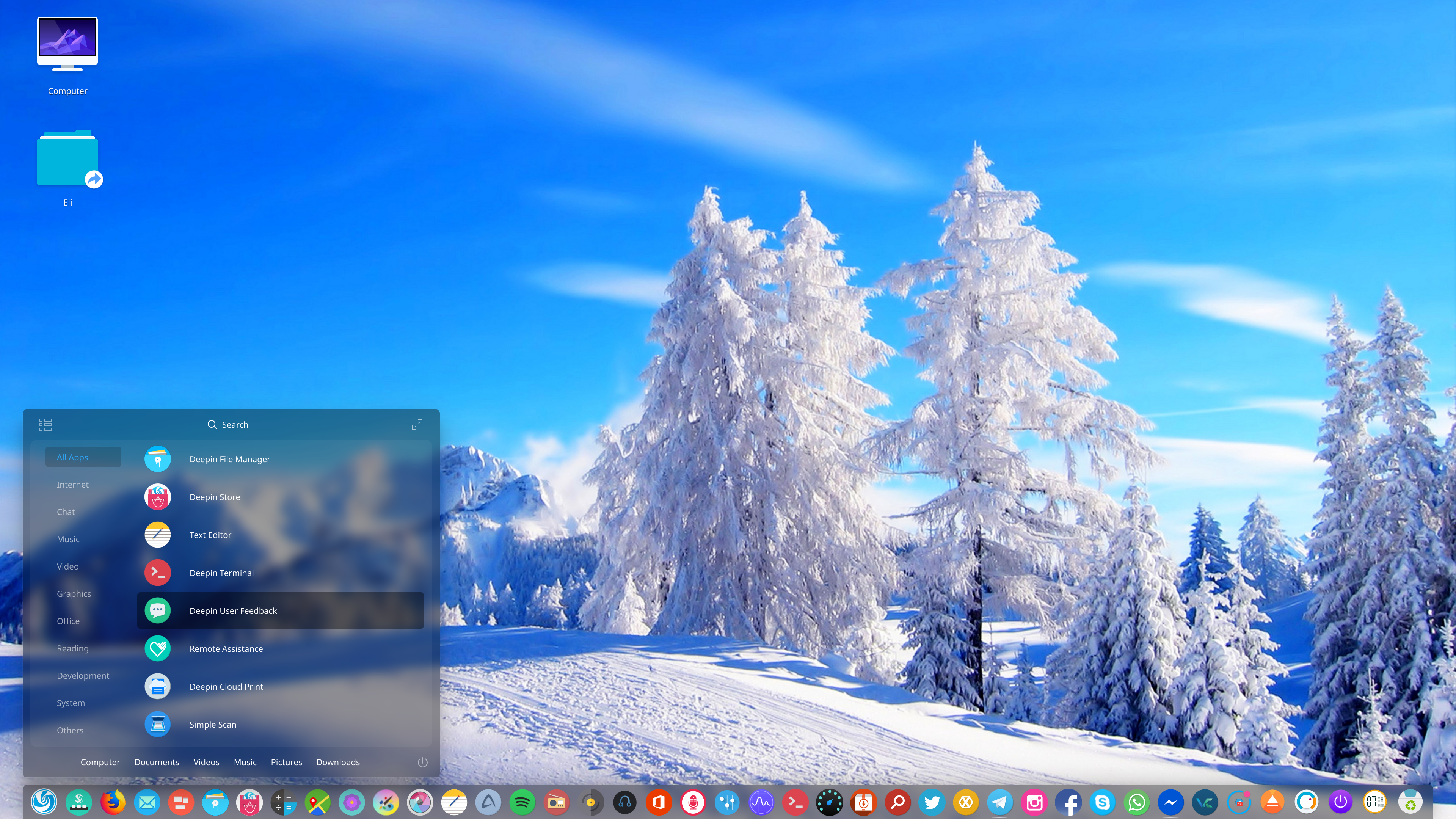 Being a computer geek as I am, What a better way to start a new year, than a brand new OS? (Operating System).

For a while now I have been getting bored with Windows a little bit, besides my last installation of Windows 10 was giving me way too many headaches, so I decided it was time for a change.

Two months ago I decided to give Linux another try after years of not looking into the Linux world a lot, after reviewing some videos in YouTube, I again came across this Chinese Linux distro called “Deepin”, it looked good on video and to be honest I instantly felt attracted to it in a big way, the interface looked just beautiful.

Since the computer screen is something I look at for many hours a day I want it to look beautiful, so yeah, I decided to give Deepin a try and here I am.

I reformatted my entire drive and installed Deepin OS on it, so far I’m loving it and haven’t looked back, my Surface book still has Windows 10 on it. so I haven’t said Goodbye to Windows just yet, but my daily drive desktop runs Linux now and I’m simply in love with it.

In future posts I will update you guys on how my experience with Deepin has been so far.

I remember using Deepin back in version 14 or 15, can’t remember, I might give it a go again to see how it has progressed.

Greetings friend, thank you for your support every day and for being an important part of our community