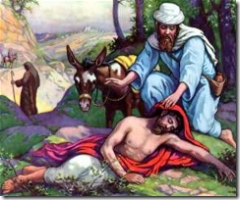 There’s a great feeling I have learned to experience through the years, there’s no greater joy than helping the needy and the poor, You get more pleasure when you give than when you receive, that’s a fact, If you haven’t yet experienced this or if you haven’t felt the fulfillment that giving brings to your life for a long time, then I invite you to go out today and bring this joy to your life.

Don’t wait any longer, it is not hard, it’s not difficult to experience it, you do not need to fill out an application or have good credit, it’s free to attain it and it is so rewarding!

There’s someone out there a few miles from you, perhaps just blocks away in the streets that needs some comfort, look through your car window when you get out today, there’s chances you might see someone sleeping under a bridge, walking without shoes and with all their belongings in one simple bag or hand cart.

How about friendship and loyalty? I’ll tell you a little story I was told, it is not a fictional or made up story, it actually happened:

Two friends went to war forced by the government during World War II, One day there was a big battle, many of the soldiers had died after a few minutes of ferocious fighting, so great was the battle and so terrible that the commander in chief had ordered the group of soldiers to retreat and abandon the battle field, John and Thomas had been best friends since they were very little and were always together, that day it was no different.

Everyone was back into a safer location when suddenly Thomas noticed that his friend was not around, John was not around because he had been badly wounded, unable to walk and laying on the ground. When Thomas realized John was not around he asked for permission from his commander to go back into the battle zone to look for his friend, the commander said to Thomas: You must be crazy son, he must be dead by now, there’s no point in going back in there, you are going to get yourself killed too, Thomas replied: Sir I ask for your permission I don’t care what happens to me. After getting the OK Thomas went back into hell zone a mile away and there he was, his friend John laying on the ground in a pool of blood but still alive!

Few minutes later amid the bullets flying around his head and all the danger Thomas was back in the safe zone with the other soldiers carrying the lifeless body of his already dead friend John on his shoulders, the commander approached him and said: Thomas you see why I told you not to go there? He is dead son and you could have been too, what was the point of taking this great risk? Thomas replied and said: Sir you might be right Sir… But you know John’s last words to me before he died were – I knew that you would come back for me the commander stayed silent unable to say another word while the rest of the soldiers just looked in disbelieve at the scene.

One Hundred Years Of Solitude

Yes; so late, I finished reading this treasure, “Cien años de soledad” as it is known in its …

A New Year Is Here!

To enjoy the year even more – make a few long time needed adjustments. Make a few but …

wow that was such an incredible read man, thanks for posting this.

Thank you so much.