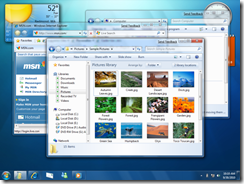 During the recent PDC2008 conference Microsoft demonstrated the user interface enhancements introduced with Windows 7. Build 6933.winmain.081020-1842 was used in the demonstration which revealed Microsoft is working hard to fix many of the inconsistency issues existing in Vista and which many users and enthusiasts have complained about in the past.

First up was the new Windows 7 desktop. The new desktop includes a thicker taskbar, improved system tray and no sidebar. The orb on the start menu also glistens after hover over. 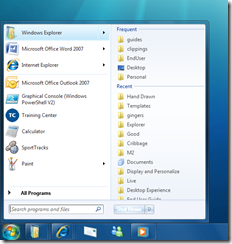 So far I’m loving the changes made to the GUI and the general concense among tech gurus is that Microsoft is heading in the right direction with Windows 7, let’s see what happens from now till the release of the new OS, It’s incredible how time flies, it seems it was just yesterday we got Vista and here it comes the excitement of a new Windows installment already!

The best VOIP around

This is my review of the Ooma VOIP system, sold in the US and which has been regarded …