The vision that you glorify in your mind, the idea that you enthrone in your heart this you will build your life by, and this you will become. That’s one of my favorite phrases of all time, James Allen was so right with that one.  Most people will tell you they are happy with their lives, in fact people go to great lengths to hide failures and physical or intellectual disabilities they might have, Yes I said intellectual disabilities, even though this article does not relate to mental disabilities, that’s a whole different sort of thing, I don’t intend to write about people who are mentally disabled or ill, instead the story here is about people with very poor human relations skills.

An Intellectual inability is that which obstructs an individual from taking or exercising good judgment or actions when behaving in public, or within the community in general due to the fact of such individual not having points of reference or in deep knowledge about specific topics or situations, therefore doing things that adversely effect their environment and those within it.

For instance; someone with little knowledge about a task at work might give a co-worker who just started in the job wrong advice regarding an assignment when unexpectedly asked about it, this person did not give the erroneous instructions with malice, he or she was not wrong intentioned, they however got out of their way and gave advice about something they had slight insight just for the sake of looking good among peers, he or she will not allow others to be under the impression that their old time co-worker knows as little much as an entry level associate themselves and will resort to unfounded baseless tutoring thus causing trouble to the company and the new co-worker himself.

The greatest and most constant feature that differentiates humans from animals is our ability to be self aware, to know we are here and that we have a purpose. Still many cannot find this purpose and strive their whole lives trying different paths to that end; more or less we are all aware of the place we have in society. We all take notice of things such as what a friend was able to accomplish and that we would so much love to attain too. We as humans are clear on what the society establishes in front our eyes as being right or wrong, we fight our whole life following a path that will look good in our eyes and at the same time allows us to have an average civil standing that will fit right among others.

That’s when in my opinion intellectual disabilities as I like to call them play a negative role within the society in general, people trying to fill that gap to fit the standard thinking which that same society imposes often do things that will hurt others or themselves. 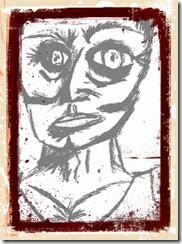 One common way in which intellectual inabilities often cause havoc in people’s personalities is their inability to see situations in â€œfull color for example the Everything is Great or otherwise Everything is Messed Up for me mind set, these people see everything in either black or white. if an apex of their expectations does not come up just about Exactly as planned the person tends to see the whole thing as a big failure thus preventing themselves of the joy and the good side of many situations, because often times every happening, even those that might have some negative outcomes will have a good effect somehow. Such negative thinking can in fact lead to the failure of long term projects.

Rejecting positive experiences going by the twisted thinking that these don’t count again takes the joy out of life and causes the individual to feel inadequate, empty and unrewarded. a person led by an intellectual inability often assumes that negative emotions necessarily reflect how things are in reality thus making them feel useless to others and leaving a void in their souls.

Jumping to conclusions, interpreting things with a negative attitude when there are no facts to enthrone that conclusion in the mind, arbitrarily reacting negatively toward him/herself, causes the individual to become extremely pessimist, while at the same time spreading that negative twisted thinking among those around him.

Let us continue considering the product of reactions created by intellectual inabilities; the fact of being unable to exercise reliance on reason as the best guide for belief and action. under this problem a person influenced by peer pressure as we examined above will incur in a twisted way of rationalism, not just at a professional environment level but also in a personal approach, his/her intellectual inabilities will provoke this person to magnify problems greatly exaggerating their importance, they come to see a single negative event as something with no end in sight, this way of thinking becomes a pattern of defeat that will kill most if not all of the person’s desires to progress and improve their way of life.

How do we go about avoiding being pray of intellectual inabilities ourselves? How do we protect and deal ourselves with those suffering from them? The bigger our scope of understanding about the environment that surrounds us is, the more we study other people’s cultures and customs the smaller the chance we suffer from their inabilities ourselves. The more self aware we become of our own intellectual lack the more we will try to understand others, the more our mind will lead us to intellectual freedom.

Does 4K work over HDMI?

You have your eyes on that beautiful 4K Monitor you saw at the store, but now you are …