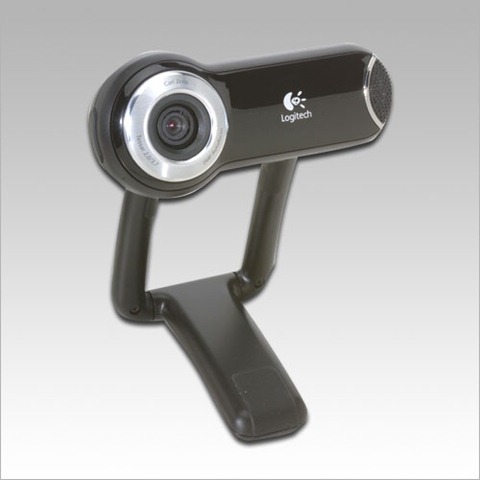 Ok, my previous Microsoft Lifecam was giving lots of trouble, especially with audio and it was horrible for recording video, so I went ahead and bought a Logitech QuickCam Pro 9000; this baby is fitted with a 2-megapixel sensor with autofocus and a built-in microphone. It features Carl Zeiss optics that provides crisp, high-resolution images and videos. Its microphone is equipped with RightSound Technology, which eliminates echo and feedback that is often created by a microphone and speakers that are in proximity, so I don’t have the need for a headset. I can also add creativity while I communicate with my friends or prepare a video presentation with Logitech Video Effects. It is an application that recognizes facial features and maps them, so I could create three-dimensional animated characters or two-dimensional face accessories. It even has downloadable fun-to-use filters that let you add video effects like fisheye, black-and-white effect, neon, and more. Taking High Definition 960×720-pixel or 1600×1200-pixel videos with the QuickCam Pro 9000 results to razor-sharp shots whether it is close-up or from a good distance. You can also take photographs with a resolution of up to 8 megapixels.

Taking the web camera outdoors will never be a hassle because it comes with an adjustable attachment, a universal monitor clip for any kind of notebook or desktop PC. It can be connected to your notebook PC through USB 2.0. The Logitech 960-000048 QuickCam Pro 9000 supports 24-bit true-color depth and up to 30 frames per second. Aside from the motorclip, the QuickCam Pro 9000 is bundled with a six-foot USB cable, QuickCam Software CD with several helpful tools to get started, and a Quick Start guide.

Here’re some videos I took within few minutes after I bought it, so you know in case you wonder that despite this camera being able to record HD video it does NOT shoot videos in 16X9 aspect ratio proper of HD TV and also used by YouTube HD, I had to use a third-party application called Super to crop the video to a 16X7 aspect ratio.

Spotify  has been testing a new theme to its interface, a few days ago I had the opportunity …

How to recover Chrome's search engine in the contextual menu, Learn how to set up and configure your …